In an era where a virus has upended our lives and harmed many, it’s easy to forget that viruses can also be a force for good. Researchers have recently been experimenting with harnessing several virus’s natural characteristics to treat conditions such as sickle cell disease.

Sickle cell disease (SCD) is an inherited genetic condition in which the red blood cells have an unusual shape. Rather than being round discs, in SCD-affected individuals, the red blood cells are sliver-shaped, making them prone to clumping. Living with SCD can be extremely painful, and it puts patients at greatly increased risk of stroke, heart attacks, infections, and organ failure.

Researchers have long sought to cure SCD patients but have previously met with limited success. The only known long-term cure for SCD is a bone marrow transplant. The new marrow will produce unaffected red blood cells, but the transplant itself can also cause severe health complications. Gene therapy, which replaces an affected gene with an unaffected version, is considered to be the next frontier in the battle against SCD. Researchers have identified a tiny mutation in the beta-globin gene, which is involved in hemoglobin production, as the main gene responsible for producing sickle-shaped cells. 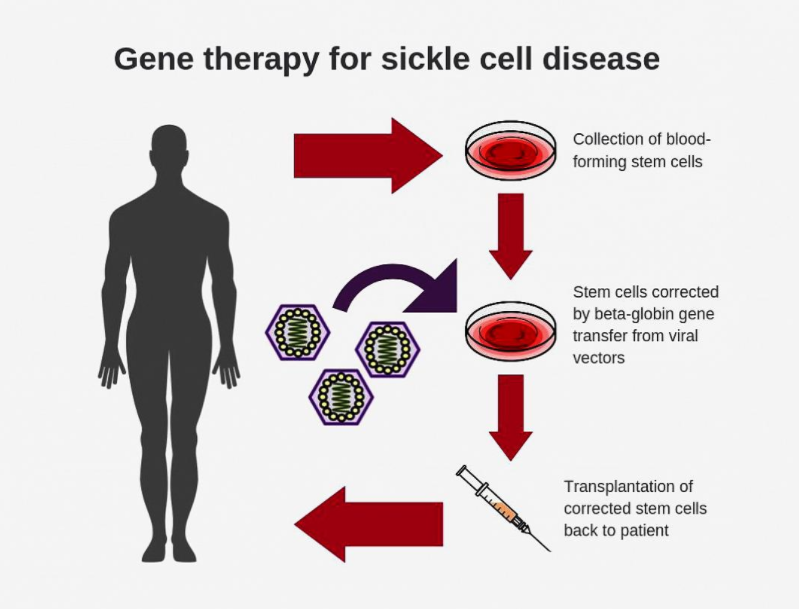 This strategy has shown promise in several animal models and may soon be ready for human trials.