Careers That Do Not Require 4-Year Degrees

ABE provides ... knowledge access and, in building up students’ skills, is enabling them in the future to get a variety of jobs. 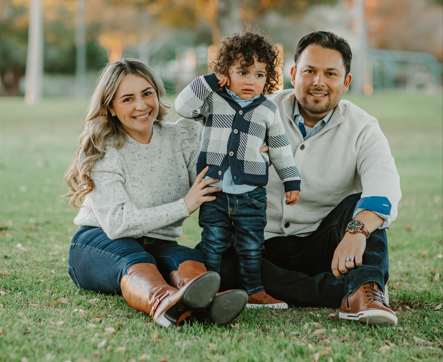 The biotech sector often has a stigma attached to it: the idea that you need a science degree to be a part of it. That stigma can prevent many talented individuals from entering a job sector that in actuality needs people from many different backgrounds, not only those with scientific and technician skills and not only those who have attained traditional 4-year undergraduate degrees or graduate degrees. As often discussed here on the Amgen Biotech Experience (ABE) blog, biotechnology offers many diverse career paths.

Of course, saying that biotechnology is for everyone is different than action, and that’s where a new initiative, which includes Amgen and other biotech companies in addition to many other sectors (think Nike, Delta, Target, and many others), comes in: The nonprofit OneTen initiative seeks to bring one million jobs with "family-sustaining wages” over the next 10 years to Black Americans without 4-year degrees. It began in the wake of the killing of George Floyd to address workplace disparities.

“We want to bring in talented individuals who do not have a 4-year degree by looking more holistically at their skills that they’re bringing forward,” says Edgar Romo, who was leading the OneTen initiative for Amgen until August 2022 and was focused especially on building partnerships in the Los Angeles area. “We want to make sure that we're able to translate the skills that they have, from leadership and team building to organizational skills and life experience, into dedicated jobs.”

Breaking the stigma, however, is a challenge, Romo says it requires identifying talented individuals while also building trust with communities and building partnerships with organizations who can help bring that talent into new jobs and sectors. “We’re trying to change the ecosystem to better our communities, especially in our Black American population. Amgen and others see an opportunity to become more inclusive in their hiring, not only for the OneTen coalition but also looking at other underrepresented communities, including the female workforce, members of the military, and other communities of color.”

Even for Romo, who has a science background in microbiology, the stigma of the high bar for entering the biotech sector affected his thinking for his own career path. As an academic with lab experience, he did not think he had what it took to work in industry. But ironically, Romo took his scientific skills and brought them to bear in a non-technical role, working on diversity, inclusion, and belonging initiatives and being a community advocate. “It’s really a testament to how you can bring different skills forward,” he says. “I tell students all the time that my background is in science, yet I was able to bring non-scientific value.”

OneTen is both recruiting and hiring people “organically” based on their skills, as well as investing in apprenticeships and training systems to “upskill” individuals to available jobs. Whereas much of Romo’s efforts for OneTen have been in the Los Angeles area, there are several other areas of interest, including new Amgen manufacturing sites in Ohio and North Carolina. The work requires working at the grassroots, community level, trying to get the word out in places like barbershops, grocery stores, libraries, and community groups, like the Urban League and YMCAs. The effort is still early on, only having started about a year and half ago, and so making those community partnerships will take some time.

Part of the effort, Romo says, is also on the corporate side, making cultural shifts, for example, in how they approach job ads. This could mean not listing certain degrees as preferred and focusing only on the required skill set. “It’s not about loosening their requirements, but instead about thinking more carefully about the kind of talent we’re attracting with the requirements,” he explains. The new approach also requires new avenues for posting jobs, in addition to the community pathways. The initiative also goes beyond recruitment itself to creating a welcoming workplace culture once individuals are in their jobs—including everything from mentorship to professional development.

For ABE students and teachers, Romo emphasizes the importance of knowledge access and skill-building. “ABE provides that knowledge access and, in building up students’ skills, is enabling them in the future to get a variety of jobs,” he says. “Perhaps a 4-year degree is not something a student would like to choose, but they will have a good foundation with the tools from programs like ABE. Getting that foundation early in life will open up doors for our younger generation whatever they choose, whether continuing education or entering the biotech sector.”