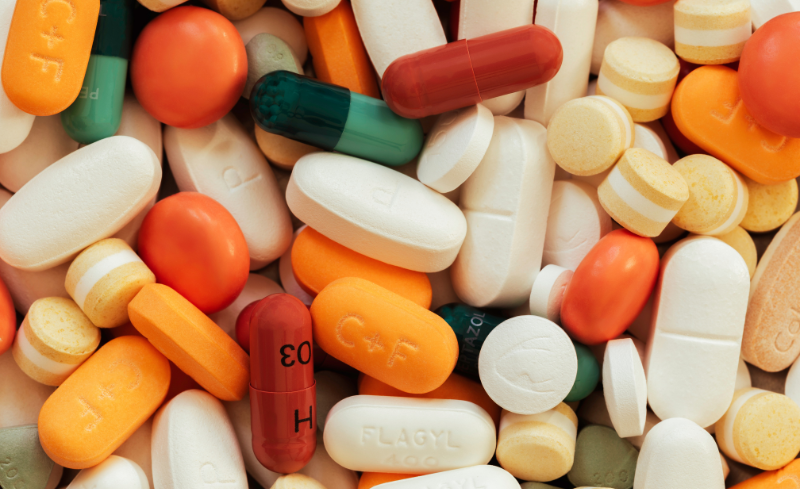 This is the first in a series of blog posts on drug design.

In the past, most drugs were discovered by accident. For example, in the 1920s, veterinarians observed that cattle were afflicted with an unusual disease in which they profusely bled spontaneously or from only minor wounds. This observation led to research at the University of Wisconsin that isolated a compound in spoiled clover eaten by the cattle that later became the drug warfarin, which is used to prevent and treat blood clots. Similarly, Scottish scientist Alexander Fleming noticed that staphylococcal bacteria were not growing in an area of a petri dish that had been accidentally contaminated with mold, leading to his discovery of penicillin—a drug that has saved over 200 million lives worldwide. Before its discovery, it was common for people to die from minor wounds (or even ingrown toenails) that became infected.

Today, the discovery of new drugs is a far more precise and regimented process. Modern researchers develop new treatment strategies in response to their understanding of what causes a condition or disease, how the disease progresses, what body systems are affected, and what (if any) treatments have previously been tried. Drugs are designed and built to act on a specific “target” (often a protein, but sometimes specific regions of DNA or RNA) within the body that is known or thought to be affected by a disease or play a part in causing a disease. This is not an easy process as it is not always obvious which protein is involved. But once a target is selected (after much study), a drug must be designed to fit perfectly into (or bind to) available receptor locations on the target. Once bound, the drug inhibits the process that allows the target to continue to worsen the disease or promotes the target’s process for fighting the disease. For instance, a protein in the human liver is known to create an overabundance of LDL cholesterol (the “bad” cholesterol). Some people who suffer from high LDL cholesterol take a drug called a statin, which binds to this protein and inhibits the cholesterol’s development, resulting in lower levels of LDL cholesterol in their bodies.

Using computer modeling, today’s scientists usually begin by creating a detailed digital map of a target protein, and then they build a molecule in the lab to fit the protein perfectly. But even when researchers successfully create a product they believe will bind to the intended target, the process is far from over. Different countries have agencies that oversee the drug development process (in the U.S., it is the Food and Drug Administration or FDA). These agencies test for efficacy and safety; drugs that don’t meet the necessary standards do not proceed to the next phase. The new drug must pass through preclinical trials, several phases of clinical trials on humans, and a thorough review by the agency before it can go to market. This process often takes years and millions of dollars.

Drug development is a long, complex, and expensive process if it is done correctly and safely. Only a small fraction of prospective drugs are deemed safe and effective enough to be brought to market. In the future, as our understanding of biomolecules increases, we should be able to better predict which molecules will be successful, which will streamline the design process.

In the Classroom
You can explore some aspects of drug design and development using the following ABE and LabXchange resources with students:

Check back soon for Part 2 of our Drug Design series.